In search of standardised scales 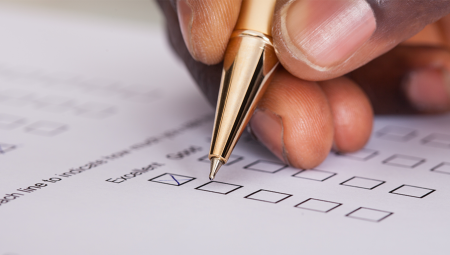 As part of studying for a BA in International Relations at the University of Essex, I had the opportunity to do an internship at the UK Data Archive (UKDA). During this internship, I worked at CLOSER, the home of longitudinal research, as a metadata enhancement intern for 6 months. CLOSER is the partnership of leading social and biomedical longitudinal population studies, the UK Data Services and The British Library. CLOSER’s mission is to increase the visibility, use and impact of longitudinal population studies, data and research.

My main task at CLOSER was to enhance the metadata of standardised scales used in UK longitudinal population studies which involved creating metadata that adhered to the Data Documentation Initiative (DDI) standard – an international metadata standard used for survey data. This would then allow for the publishing of those metadata to CLOSER Discovery. Metadata enhancement was done by splitting each standardised scale into the smallest components possible and then coding the questions, response domains, instructions, and questionnaire logic into the open-source CLOSER Archivist tool.

In addition, I investigated where the standardised scales had been used in the CLOSER studies (i.e., in which research instrument), who the author (owner) of each scale was and sought copyright permission to publish the enhanced metadata in CLOSER Discovery from each copyright owner. Whilst much of this information was available online, it was still a challenge to retrace the copyright and ownership of scales that had often been published decades earlier. Publishers disappear, merge, and change hands. Authors move institutions or may have deceased. So far, we have gained copyright permission to publish the enhanced metadata of 21 standard scales that are used in various CLOSER study questionnaires on the Discovery platform.

Although I had worked with survey data before my internship at CLOSER, I had never worked with standardised scales. I discovered how important they are in social science research, as it means comparable data are collected in different surveys or different waves of a study. It also means that tried and tested sets of questions can be reused in new surveys. CLOSER Discovery, where the variables are linked with the original questions asked, and will in future show where the same question has been used (for example as part of a standardised scale) makes the process of finding comparable data much easier.

The advantage of using standardised scales is especially visible in longitudinal population studies, as it is possible to track sets of variables over many years where the same questions have been asked. Sometimes there are variations of a scale over time. This shows the changes in survey research, often reflecting societal changes, on a particular topic over time.

Previously when doing my own survey research on the perceptions of children with working mothers on gender equality as part of my undergraduate studies, I struggled to find the best design for my questionnaire. Now I have a better understanding that by re-using standardised scales, this process could be much easier. I could find relevant questions to use via CLOSER Discovery and include the standard sets of questions that had been standardised and used in other surveys in my own questionnaire.

This is the second in a four part CLOSER blog series exploring standardised scales. Read parts 1 and 3 below:

Eliška Herinková has completed her CLOSER internship and is now working at the Ministry of Interior of the Slovak Republic as a General State Advisor.