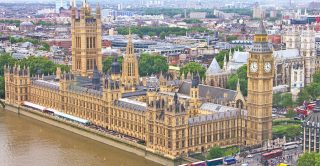 In the second Queen’s Speech of 2019, the newly-elected Conservative Government has outlined its legislative programme for the next Parliament, pledging to prioritise investment in infrastructure and world-leading science research and skills.

In total, there were 30 Bills unveiled in the Queen’s Speech, the largest number since 2006, with the EU Withdrawal Bill as the number one priority, followed by a programme of domestic reform. Measures to “make the UK a global science superpower that attracts brilliant people and businesses from across the world” include:

The Government will develop proposals for a new funding agency and prioritise investment in industries of the future where it believes the UK can take a commanding lead – such as life sciences, clean energy, space, design, computing, robotics and artificial intelligence – by investing in hubs around world-leading universities.

Read the Queen’s Speech in full on the gov.uk website and download the background briefing notes for more information.

So do we.
Sign up to our email newsletters to get the latest from the home of longitudinal research.