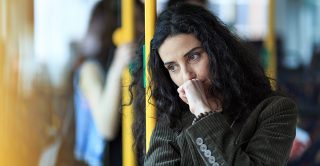 Our mental health is a major influence on our ability to face the world and embrace the opportunities that go on to shape our lives.

While some mental health problems begin in childhood, others emerge later in life, in response to life events or stressors.  Mental illnesses that emerge later in life may have had indicators or risk factors that presented themselves much earlier. For example, it’s well known that mental health problems in childhood and adolescence are associated with psychological distress in adulthood, low educational attainment, unemployment and unstable family formation. Mental health is therefore a life course issue, and as such mental health research lends itself to a life course perspective.

The UK’s world-renowned birth cohorts have collected repeated measures of mental health from the same individuals over the course of their lives. These scientific resources have allowed researchers to monitor the evolution of mental health across life and have greatly enhanced our understanding of its antecedents and consequences over the life course.

Much of the information in the studies has been collected through self-report questionnaires, a key method of assessing mental health. Despite these measures being widely used, we have yet to unlock their full potential.

You see, these mental health measures vary, both within and between cohorts. It’s unsurprising really – the data have been collected over decades, at different periods and from various teams, and the psychological and psychiatric assessment science evolved parallel to the studies.

Under a CLOSER initiative, colleagues and I at the UCL Centre for Longitudinal Studies, in collaboration with the UCL Department of Clinical, Health and Educational Psychology, the MRC Unit for Lifelong Health and Ageing at UCL and the Bristol Medical School, have been working on how to overcome these obstacles in five British birth cohorts:

The primary aim of our work is to make it easier for researchers to use multiple measures that assess a similar broad construct, but do so by asking different questions. We harmonised the data – a process of recoding or modifying variables so that they are comparable across studies. We focused on childhood measures of internalising and externalising symptoms, and adult measures of common mental disorders (e.g. psychological distress, depression and anxiety symptoms).

We used a two-step process to harmonise each measure: 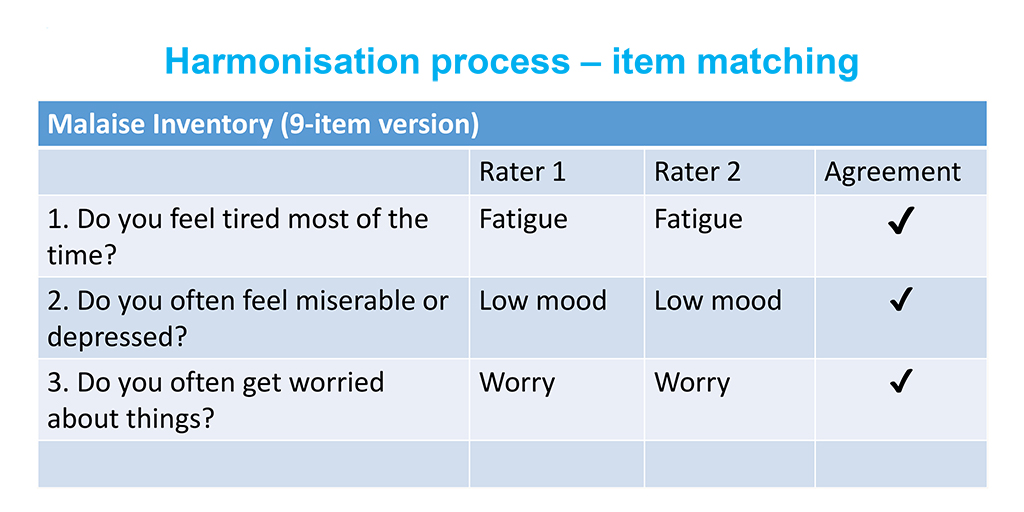 We found various subsets of items in the different cohorts that tap into the same symptom, and thus can be used for longitudinal analysis or between-cohort comparisons. A very encouraging finding for all possible combinations of harmonised items was that the psychometric properties of these sets of items were satisfactory, and they also correlated highly with the original scales from which they were derived.

Even when identical measures between and within cohorts have been used, there are still issues that may bias mental health assessments. For example, it is well known that data from self-reported measures are likely to be biased by the respondent’s personality and/or circumstances. Additional sources of error may arise from differences in the comprehension of items, and in response tendencies such as response style and social desirability (which may also vary over time, between groups, or across generations).

Error can also be introduced by differences in the measurement mode between sweeps of longitudinal surveys, or within the same mode by the preceding survey questions before the mental health items appear.

We investigated the measurement equivalence of mental health measures that have been administered in various sweeps within and across these cohorts. To do so, we employed methods within the generalised latent variable modelling framework, and tested for measurement equivalence within and between cohorts. We found that even the most conservative models that impose an identical measurement model within and across cohorts, as well as gender, did fit the data, implying that potential sources of bias such as age, period, cohort effects, and survey design do not influence the way participants interpret and respond to mental health items.

New harmonised measures and documentation to be made available to researchers

Our next step is to make our findings, and crucially, guidance on how they should be used, available to the wider research community.

We will publish our findings and will provide guidance to data users on the conditions under which mental health measures are comparable within and across cohorts, their measurement properties, which items have been harmonised and examples of how they should be used depending on the research questions at hand.

More on this project

For more information on this project: Harmonisation of mental health measures in the British birth cohorts.

This project is a collaboration between colleagues based at the UCL Centre for Longitudinal Studies, the MRC Unit for Lifelong Health and Ageing at UCL and the Bristol Medical School, as well as Prof Pasco Fearon and Dr Marc Tibber from the UCL Department of Clinical, Health and Educational Psychology.

The learning from this project was presented at a workshop in May 2019. Visit the event page for the presentations from the day.

Prof George B. Ploubidis is Professor of Population Health and Statistics and the Director of Research and Chief Statistician at the UCL Centre for Longitudinal Studies. Follow him at @GeorgePloubidis

So do we.
Sign up to our email newsletters to get the latest from the home of longitudinal research.