Just how good are academy schools? 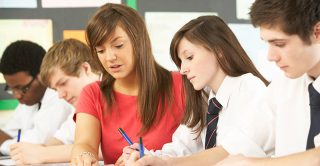 Research on the performance of academy schools has been made a whole lot easier, writes Dr Bilal Nasim, Research Officer at the UCL Institute of Education.

There has been huge interest in the performance of schools that have changed from mainstream to academy status in recent years. Since 2010, successive governments have backed the opening of more academies, arguing they drive up standards by allowing headteachers more freedom to innovate. Critics claim that there is scant evidence to show that becoming an academy is a guarantee to a better school.

So, can education researchers help to resolve this debate?

Until now it’s been quite difficult to track the performance of schools that change to academies. Previously, academic researchers and policymakers could make use of the School Level Database (SLD), an administrative dataset collected annually by the Department for Education.

This fantastic resource has detailed information on every state school in England, with each school given a unique identifier. However, the SLD has a significant amount of missing data and virtually no information on schools before 2006.

If certain characteristics of a school change between two years, such as becoming an academy, or merging with a different school, the SLD assigns the changed school with a new identifier, different to its previous identifier. On average, this occurs for around 5-10 per cent of schools in any given year, and is a big problem for any researcher interested in observing a school’s progress or changes in its characteristics over time.

Indeed, researchers have shown that not accounting for the changing identifiers of schools has real impacts on research findings. A different solution was therefore needed.

Funded by CLOSER, we have created a new database to enable researchers to track school performance more accurately and efficiently than ever before, helping to paint a clearer picture of education in England.

Our new ‘Consistent Schools Database’ (CSD) minimises the number of schools which can’t be linked and therefore tracked across years due to changing identifiers. To create the new resource we cleaned publicly available annual school data to make the variables consistent over time. We then matched schools across years using a range of link variables, using information on each school’s numeric identifier, name, type, postcode and local authority.

Currently spanning the years 1999 to 2014, this new database provides information on school mergers, splits, closures, openings, and changes in school institutional type. Schools are also linked both forwards and backwards, allowing links to be traced in either direction, whatever year the researcher starts from.

Such improvements to the scope and quality of research that will come about from this database have the potential to benefit education policy and practice, and ultimately the general public.

And, hopefully, it’ll also help us get to the bottom of that academy-status question.

Researchers interested in using the CSD can request the dataset by emailing closer@ucl.ac.uk, explaining who you are, where you work and what research you intend to carry out using the data.

Bilal Nasim is a Research Data Scientist at the UCL Institute of Education.