Filling in the gaps to boost evidence on vulnerable children 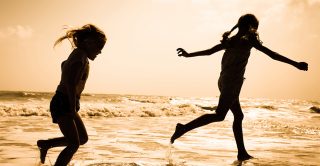 Could linked data be part of the solution to keeping ‘looked after’ and other vulnerable children included in cohort studies? In this blog, Dr Alison Teyhan of the University of Bristol explains the advantages of using linked social care records to study vulnerable children in Bristol’s Children of the 90s.

It is well established that vulnerable children are at increased risk of many poor outcomes such as mental illness, substance abuse, poor educational attainment and involvement in the criminal justice system, but much less is known about how to improve their lives.

This is due in part to these children being difficult to study using traditional research methods, such as longitudinal studies. Their families are less likely to be recruited, and if they are recruited, they are at greater risk of dropping out over time. Plus, their early vulnerability is often missed in research as measures of early-life experiences are often captured only from parental questionnaires and interviews.

In my research published in October 2019 using data from Bristol’s Children of the 90s study (also known as the Avon Longitudinal Study of Parents and Children) I wanted to see if linked data could enable better recognition of vulnerable children in a cohort study, and improve their inclusion in research. Our study looked specifically at educational outcomes at 16 years old for those who had involvement of social services during their adolescent years, and was designed using linkage to official records.

Children who have contact with social services, either because they are ‘in need’ (with a social services referral), or ‘looked after’ (in local authority care, usually in foster care), have many administrative records. We hypothesised that linking to the social care records of participants in the Children of the 90s (CO90s) birth cohort study would allow us to identify vulnerable children in the cohort without reliance on parental report. We used further linkage to educational data at age 16 years for our outcome measures, as we predicted higher levels of missing data for these children.

The social care records we used, the Children Looked After (CLA) Return and Children in Need (CIN) Census, are well described in the recently published data profiles for CLA and CIN. These datasets have been linked to the National Pupil Database (NPD) since 2005 and 2008 respectively. As CO90s already had an established link to the NPD, this offered a relatively straightforward means to link to the CLA and CIN datasets. Our linkage permissions extended to accessing CLA records for all children in England of a similar age to the study participants. We linked CO90s participants into this national dataset: i.e. this resulted in a national dataset with the participants ‘nested’ within it.

We found that the participants with linked CLA records were broadly representative, in terms of care characteristics, of other children of the same age who had ever been in care in England. The children with CLA and CIN records in CO90s had poorer educational attainment, more special educational needs, and higher levels of absenteeism than their peers.

While the poor educational outcomes of looked-after children are well known, much of these earlier findings come from routine administrative data, which lack detail on early life or family characteristics – the type of data that cohort studies have a wealth of. We found that the early life factors we considered did not explain the lower attainment of the children with social care records. Our next step will be to investigate health outcomes within this group, which is a relatively under-researched area. Our overall conclusion so far is that record linkage of social care records to a birth cohort offers a means to not only increase the inclusion of vulnerable children in research but to make them the focus of it.

While record linkage allowed us to identify some vulnerable children in CO90s, it obviously couldn’t do anything to address the issue of the most vulnerable children probably not being in the study in the first place.  The study mainly recruited through antenatal clinics, which women with the most dysfunctional lives would have been least likely to attend.

Due to the age of the study children, and the time from which linked CLA/CIN records are available, we can only identify children with social care records in adolescence – we know nothing about contact with social care in earlier life as there is no way for us to link to the CLA and CIN data other than via the NPD.  We would encourage researchers involved with other, younger cohorts in England to consider replicating our linkage as they would be able to cover more, if not all, of their participants’ lifecourse using our methods.

Record linkage is not a panacea in terms of increasing the inclusion of vulnerable children in longitudinal research.  Importantly, it does not negate the need to increase the recruitment, retainment, and active participation of vulnerable families in cohort studies (e.g. the work fieldwork agencies do in the Millennium Cohort Study to trace and interview children in care). For studies collecting information on children, there is huge potential for linkage to be used to help inform tracing and contact strategies to help ensure that these vulnerable children can be better represented in all data collections.

Dr Alison Teyhan is a Senior Research Associate for the Project to Enhance ALSPAC through Record Linkage (PEARL). Follow @CO90s and @PEARLdata.